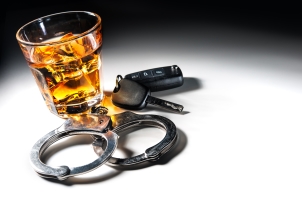 Police generally cannot stop a car unless they have reasonable suspicion to believe a crime or traffic violation has occurred. So, why can police set up sobriety checkpoints without any evidence of drunk driving, a crime, or any other traffic violation?

Are DUI Checkpoints Legal in Tennessee?

Sobriety checkpoints, also known as DUI checkpoints or roadblocks, are legal in Tennessee. DUI checkpoints are traffic stops set up by police officers to catch drunk drivers and deter motorists from driving while intoxicated. The roadblock locations are chosen at random and are only temporary.

When Are DUI Checkpoints Illegal?

Law enforcement must provide the public with the location and dates of DUI checkpoints in advance. If the police fail to provide notice of a sobriety checkpoint, then it is illegal under state law.

What Is the Fourth Amendment?

For example, if the cop reasonably believes the driver has committed a crime or traffic violation, he has reasonable suspicion to pull over the vehicle. However, with a sobriety checkpoint, police officers stop every vehicle, whether they believe the driver did something wrong or not, on a blocked road.

Are DUI Checkpoints Legal Under the Fourth Amendment?

The United States Supreme Court has ruled that driving under the influence (DUI) checkpoints are legal under certain circumstances. It ruled that DUI checkpoints do not violate a driver’s Fourth Amendment rights. According to the Supreme Court, the importance of keeping drunk drivers off the road outweighs the privacy rights of drivers.

The Supreme Court has also ruled that not every detention at a checkpoint is lawful, although sobriety checkpoints are lawful. If the police detain a driver for a longer period than necessary or search the vehicle without any evidence of a crime, at that point, the stop becomes illegal—for going beyond what was reasonable—under the Fourth Amendment. As for all search and seizures, whether a DUI checkpoint is legal depends on the circumstances.

Contact the Law Office of Joseph A. Fanfuzzat (865) 896-9971 today to talk to an experienced criminal defense attorney.