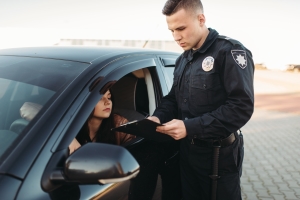 Encounters with police can be scary and stressful, even if you did nothing wrong. Most law enforcement officers are just trying to do their jobs - to keep people safe by enforcing the law.

Sometimes, unfortunately, these good intentions can be overshadowed. Police officers are still human, and their internal biases may lead some to believe a person is guilty of a crime without any substantial evidence. In times like these, police officers will go to almost any measure to make sure a person receives a guilty verdict.

Can police lie to citizens? If someone asked you this question, you would say no, right? In actuality, the short answer is yes, police can lie when asking questions or interrogating a suspect. They can legally lie to you about:

1. “Your fingerprints were all over the crime scene.”

Police are permitted to lie about physical evidence that does not exist. For example, the police officers can tell you that they found your DNA or fingerprints crime scene. The truth is that DNA and fingerprints evidence takes substantial time to analyze and process.

Why do they use this lie? Well, they use the lie to convince you to confess to being at the scene of the crime or to make you give more information that could be helpful to interrogators. The lie can also be used to trick you into surrendering your DNA. Note that if your DNA or fingerprints match what was found at the crime scene, this could be used as evidence that may lead to a conviction.

This is another lie that the police can use. Police can actually fabricate evidence in order to get you to admit to a crime, despite the fact that you are innocent. Even though it doesn’t seem fair to be lied to about evidence against you, it is found to be constitutional. The lie is combined with particular details that only the perpetrator would know. By telling this lie, the investigators hope will hope to get you to give a confession.

When the police tell you as fact that they have evidence against you, make sure you do not admit to anything. You have the right to remain silent and obtain the help of an experienced criminal defense attorney. Even when you are innocent and trying to answer to the best of your ability, do not give away any information without speaking with your attorney.

3. “We can get a search warrant within minutes, just let us in.”

This is another strong bluff that police can use. It does not take long to get a search warrant. The police can get within 30 minutes or an hour. All they have to do is call the District Attorney and a judge and give them strong reasons why they need the warrant.

The judge will then take a few minutes to decide whether or not to approve the search warrant. Police who use this lie usually don’t believe they have strong reasons to convince the judge to grant the warrant. They will use this lie hoping this will result in your compliance. You should always refuse to let the police into your home or car unless they have a current and active search warrant.

4. “You’ll receive a light sentence if you cooperate.”

If you get arrested, police will tell you that if you cooperate and confess, they will make sure you get a lenient sentence. Don’t fall for this lie. Being open with the interrogators is not helpful. They have nothing to do with your sentencing. Only a District attorney can help you get a light sentence.

Are There Any Limits?

Even if deceptive interrogation practices are generally allowed by law, they are not without limits. Before the investigators lie or use tricks on you, they must read the suspect their Miranda Rights, which includes:

• The right to keep silent during the interrogation or questioning

• Anything you say can be used against you

The police can only use a lie or trick if they are sure that lie or trick is not reasonably likely to produce a false confession. There are more lies that police use. The ones highlighted above are just some of the most common tactics. If you find yourself under arrest, be make sure to remember the rights you have.

Don’t talk to the police without an experienced lawyer by your side. Attorney Joseph A. Fanduzz is a seasoned trial lawyer who has fought hard in Federal Court, State Court, and General Session court with winning results. Get the best legal representation in your corner.